Spartan History will be made

2018 will showcase the world’s top athletes as they conquer the globe in pursuit of the ultimate prize: Spartan World Champion.

Will you witness it? Or help write it?

Unleash Your Inner Beast and prepare for glory. The best athletes from more than 30 countries will converge for the world’s largest battle of endurance, will, and determination. The top athletes from the Spartan Regional and National Championships will battle it out to see who will take home obstacle racing’s top crown: Spartan World Champion. Many will compete. One will prevail. Will you be there? 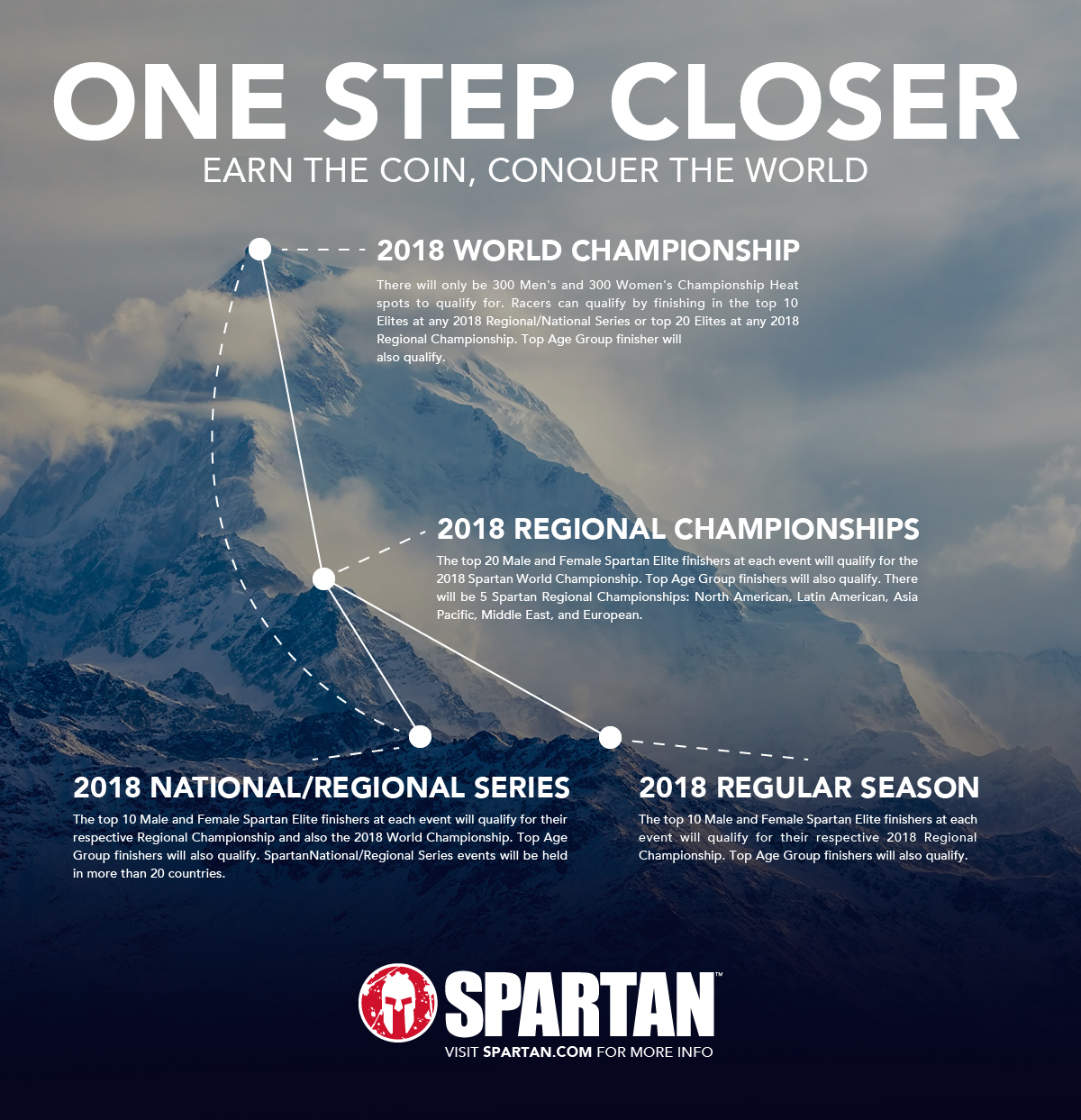 The road to the 2018 Spartan World Championship is paved with commitment, determination, and resilience. Qualify and get one step closer to world dominance.

Every year Spartan hosts championships around the world. Racers compete from the deserts of Dubai to the snowcapped peaks of Colorado, with prize money on the line. More race details, dates, and locations to be announced. Stay tuned!